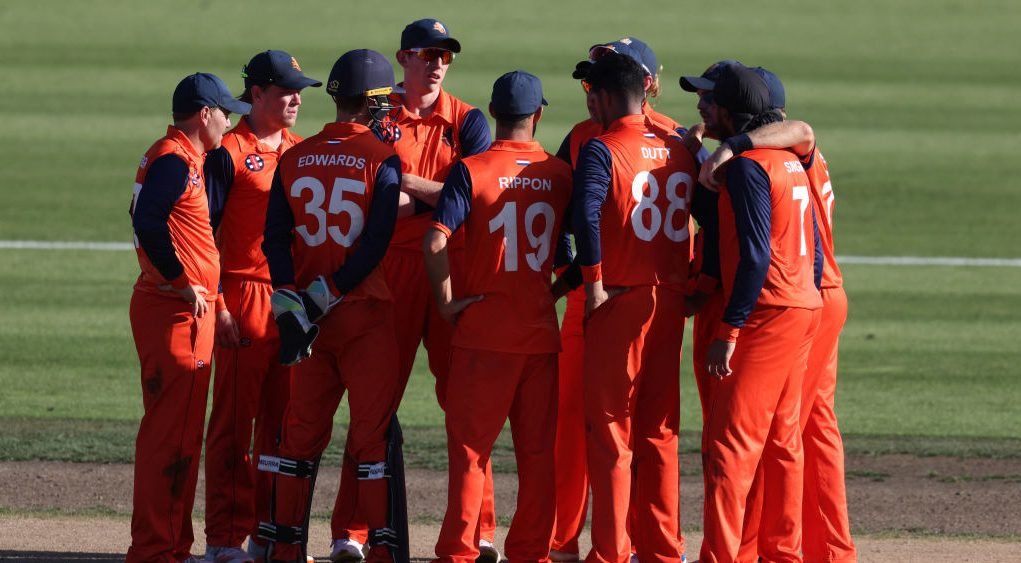 The 15-member Netherlands squad for T20 World Cup 2022 has been announced – here is the complete team list for the T20 event, including injury news, reserve players and replacement updates for the Netherlands at the tournament.

The Netherlands announced their squad on September 6, 2022. They have had an indifferent year, but now they have been boosted by inclusion of several cricketers who have spent the summer playing in England in various formats – Colin Ackermann at Leicestershire,  Paul van Meekeren at Gloucestershire, Brandon Glover at Northamptonshire, Timm van der Gugten at Glamorgan, Fred Klaassen at Kent, and Roelof van der Merwe at Somerset. Tom Cooper of South Australia, Melbourne Renegades, and Brisbane Heat, is not only in form – he got three fifties in three innings against Pakistan – but also brings reasonable experience of playing in Australia.

In the T20 World Cup Qualifier in Zimbabwe, The Netherlands comfortably beat Papua New Guinea, Hong Kong, Uganda and the USA. In the final, they restricted Zimbabwe to 132, but were bowled out for 95. They then hosted New Zealand for a two-match series, but lost both matches. Their T20I record for the year (4-3) makes much better reading than their ODI numbers: in 2022, they have lost all 15 of their matches.

The Netherlands will have to play the First Round at the 2022 T20 World Cup. In Group A, they will play the United Arab Emirates on October 16, Namibia on October 18, and Sri Lanka on October 20, all at the Kardinia Park in Geelong. Two teams will advance from the group to the next round.