Watch: ’Should A Captain Appeal For That?’ – The Controversial Ben Stokes ‘Obstructing The Field’ Dismissal v Australia 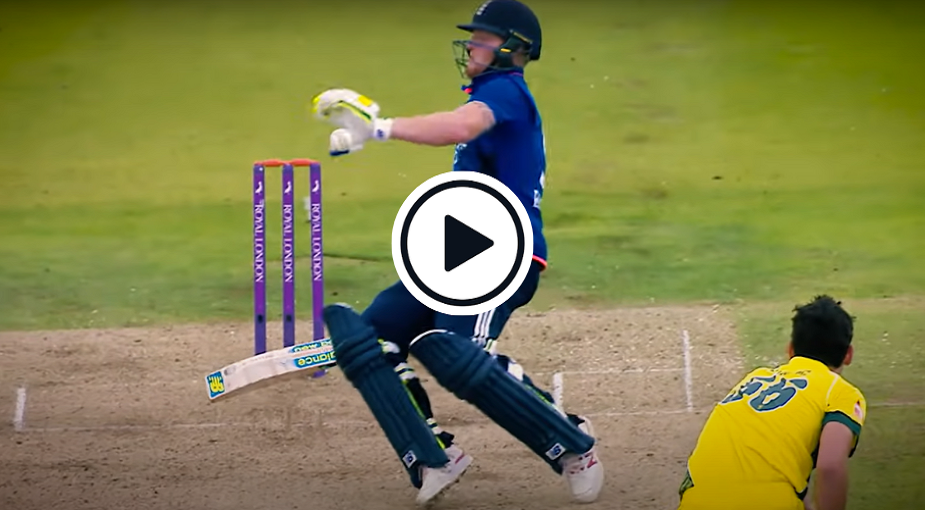 Watch: Playing against Lord’s in 2015, Ben Stokes became the sixth cricketer to be given out obstructing the field in men’s ODIs.

A 59-run win at the Rose Bowl had put Australia one-up in the five-match series in the summer of 2015. After rain reduced the second ODI, at Lord’s, to 49 overs, Steven Finn hit David Warner on the thumb with the second ball of the match, forcing the latter to retire hurt. However, Australia rode on Steve Smith’s 70, George Bailey’s 54, Glenn Maxwell’s 49, and Mitchell Marsh’s 31-ball 64 to amass 309-7. Stokes had a mixed day, conceding 60 in his nine overs but accounting for Shane Watson, Marsh, and Matthew Wade.

England reached 57-1 after 10 overs, and kept the asking rate under control as the innings went past the 25-over mark. England needed 169 in 147 balls with seven wickets in hand – a target well within their scope if Eoin Morgan and Stokes took them to the deep end. Then something curious happened.

Mitchell Starc nailed one of his famous fast yorkers. The ball came at 145 kph, but Stokes managed to keep it out. Starc stopped the ball with his outstretched left hand, noticed Stokes outside the crease, and tried to throw down the stumps at the striker’s end. Stokes’s left glove went up, perhaps more as an act of reflex than anything else, as he tried to turn around and return to the crease and slipped.

Wade was the first to appeal from behind the stumps. Starc soon joined in. Kumar Dharmasena and Ian Robinson, the on-field umpires, referred it to television umpire Joel Wilson, who overturned their soft signal to rule Stokes out obstructing the field.

Stokes returned to the pavilion amidst loud boos from the Lord’s crowd. In the process, became the sixth batter in the history of men’s ODIs to be given out in that fashion, after Ramiz Raja, Mohinder Amarnath, Inzamam-ul-Haq, Mohammad Hafeez, and Anwar Ali.

England collapsed to 245. The fact that Smith and the Australians appealed divided opinions in the cricket fraternity. Ian Botham told Sky Sports: “He’s got to be very good if he’s looking the wrong way when he’s diving back to catch the ball without looking. Should a captain appeal for that?”

“I suppose Steven Smith could have said, ‘I withdraw the appeal’,” said Michael Atherton. “He didn’t and left it to the umpires, which he’s perfectly entitled to do and the umpires made their interpretation. Morgan was clearly unhappy.”

David Lloyd was more balanced, but still questioned the umpire’s judgement: “In slow motion it looks as though he clearly handles the ball and stops it from hitting the stumps. In real-time he’s getting out of the way.”

According to law 37.2, a batter will not be out obstructing the field if “the obstruction is in order to avoid injury”.

England Men’s Central Contracts For 2022-23: The Winners And Losers