Is It Time For India To Look Past Shikhar Dhawan? 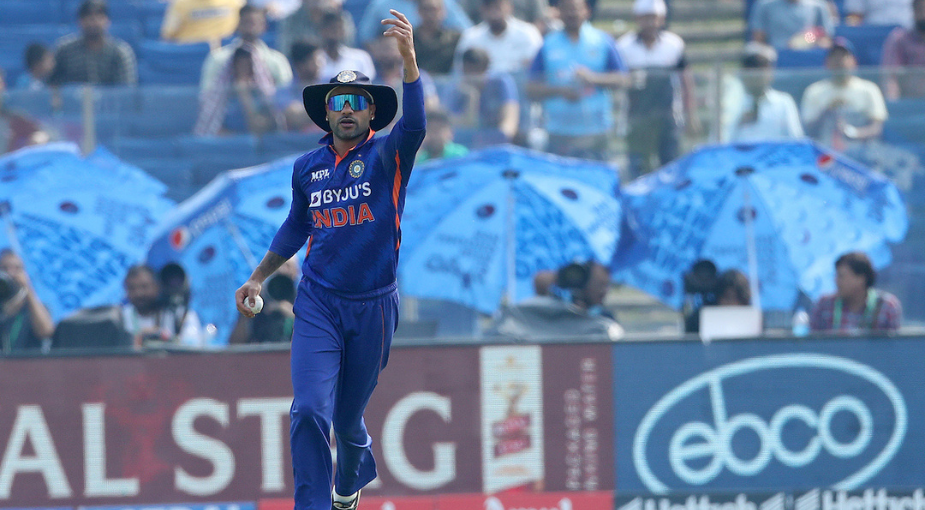 Shikhar Dhawan has been a consistent performer for India in ODIs, but it is time for the team to look past him.

Dhawan was not in the selectors’ plans rested for the T20 World Cup 2021. He was nearing 36. And his T20I strike rate of 127 was far from impressive. The combined effect of these cast a shadow over his future in the format, perhaps for good. He is unlikely to return to the Test side either. In sharp contrast, however, he has been unarguably a great in One-Day Internationals.

Until the end of 2021, Dhawan had scored 6,105 runs an average of 45.55 and a strike rate of 94 in 50-over cricket. He was one of five Indians to have scored over 5,000 runs while batting at the top. Among his compatriots, Virender Sehwag was his only opener with more runs at quicker rate.

Dhawan formed a phenomenal pair with Rohit Sharma at the top of the order. Before the start of the year, the duo had piled a little over 5,000 runs together. They were the second-most successful pair for India for any wicket, after Sachin Tendulkar and Sourav Ganguly. In 112 matches, they had a total of 33 partnerships in excess of 50, including 17 century stands.

In addition, Dhawan’s numbers in ICC events make phenomenal reading. He averages 77.88 in the Champions Trophy and a little under 54 in ten World Cup games. Six of his 17 ODI tons came in these events.

Between 2016 and 2021, Dhawan had a strike rate of over 90 for each of six successive years, and averaged more than 55 in 2020 and 2021. The selectors kept him in the mix for the 2023 World Cup at home, where his experience and prowess were likely to be pivotal. He has been a regular in the ODI team this year, chaperoning younger cricketers as the selectors often rested the regulars in other formats, with an eye on the T20 World Cup and Test cricket.

However, things have not gone as planned for him. True, his 567 runs are the most for India this year. He has five fifties in 16 matches including a highest of 97. At the same time, his strike rate (74.6) is the lowest among India batters with more than 175 runs. For years, he had gone after the bowlers upfront, allowing Rohit time to settle in.

Until 2021, Dhawan struck at close to 80 in the powerplay overs. That has dropped to below 70 this year. It not only piles on the pressure on the group of youngsters to follow – as it did against South Africa at Lucknow – but also makes it trickier for him heading into next year’s World Cup.

In 2022, only once has he batted at a rate quicker than a run a ball, while scoring at under 80 twelve times. In contrast, Shubman Gill, his opening partner in nine innings this year, has 530 runs at an average of 75.71, but more importantly, with a strike rate of 108. The duo has scored at only 5.67 an over this year. While they have three century partnerships, the inability to get going upfront often provides an upper hand to the opposition, negating the efforts of the youngster.

If Dhawan is to feature in the XI in the World Cup next year, KL Rahul is likely to drop to No.5, a spot that he has occupied with reasonable success. Gill, a vastly talented player, is unlikely to play in the middle order, and will be considered a backup opener. Dhawan will be nearing 37 by the time the World Cup is here, and is unlikely to play for India beyond that. It may not be the worst move to throw the supremely talented Gill in the deep end with an eye on the future.

Playing the event in India will offer some comfort: these are conditions Gill and the likes have thrive in, and a good showing them will do wonders for his confidence. The scales would have been tilted in Dhawan’s favour if the World Cup was overseas, where his outstanding record and experience would have been crucial.

While Dhawan deserves one last hurrah, his reflexes are undoubtedly not what they used to be. He can lift his game in big tournaments; Rohit thrives in his company; and he offers a left-handed option at the top. But whether these are arguments strong enough to keep out a superb talent like Gill is debatable.