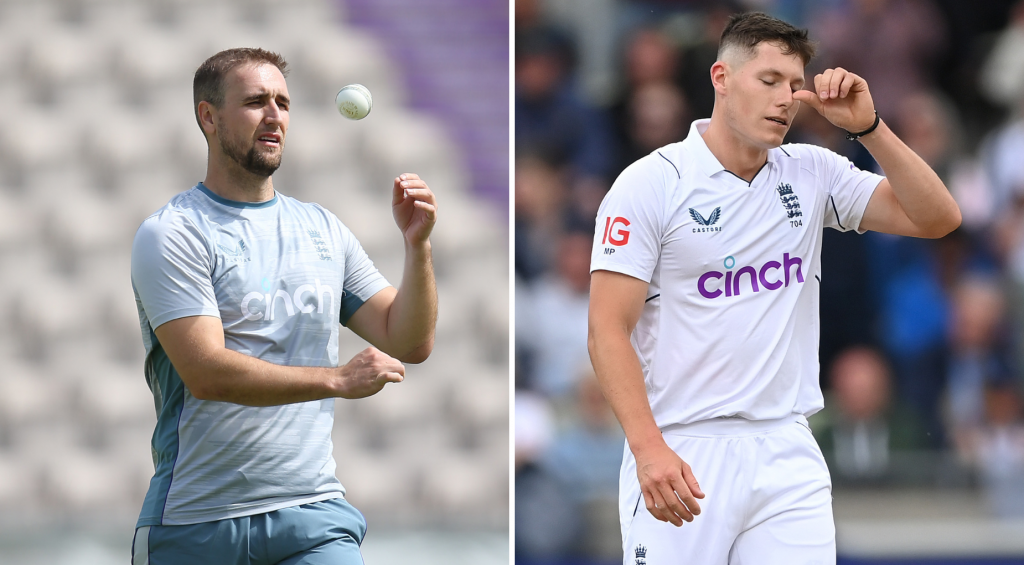 Liam Livingstone has earned a surprise England call-up for the Pakistan Tests, with Matthew Potts and Alex Lees among those left out from the squad.

Will Jacks has earned a maiden Test call-up, with Ben Duckett, Keaton Jennings and Mark Wood all recalled.

England will play three Tests in Pakistan in December, having recently completed their first tour of the country since 2005 to play seven T20Is. A 15-strong squad has been named, with the inclusion of Livingstone the headline announcement.

Livingstone, a T20I mainstay and increasingly central to England’s ODI plans, has never played a Test, though he did appear in a squad in early 2018, for a two-match tour of New Zealand. Livingstone’s recent first-class record is scarce and poor – he has batted just nine times in the last three years in red-ball cricket, averaging 12.67 in that time. However, before that lean stretch he had an average of 41.62 in first-class cricket, with his white-ball-honed skills on flat pitches and his part-time spin also aiding his selection.

Will Jacks is another uncapped member of the squad. Like Livingstone, is a hard-hitting off-spinning all-rounder, and is coming off an excellent year with the bat for Surrey, averaging 54.00 with two hundreds and a strike rate of 77.23. He also claimed 17 wickets, though those came at a steep average of 47.00. Having made his T20I debut against Pakistan, he is in line to make his Test bow in the same country.

Duckett and Jennings, each rated as strong against spin and coming off of excellent county seasons, have both been recalled after lengthy absences, and will be competing to partner Zak Crawley at the top order, Lees having been left out. Lees and Crawley struggled similarly during the English summer, with Lees averaging 25.15 and Crawley 23.00. However, it is the latter who has been backed, having also been handed an annual central contract yesterday.

The other player yet to feature under Brendon McCullum in the squad is Wood, who made an electric return from injury during the Pakistan T20Is. Potts, England’s standout bowler across the New Zealand and India portions of the Test summer, has been left out, with only four specialist quicks selected. James Anderson, Ollie Robinson, and Jamie Overton are the other seamers in the squad.

Stuart Broad was unavailable for selection for personal reasons while Chris Woakes, who is fit again after missing the entirety of the summer, has been overlooked.