The Run-Out Retraction Revisited: When Vettori Called Back Collingwood 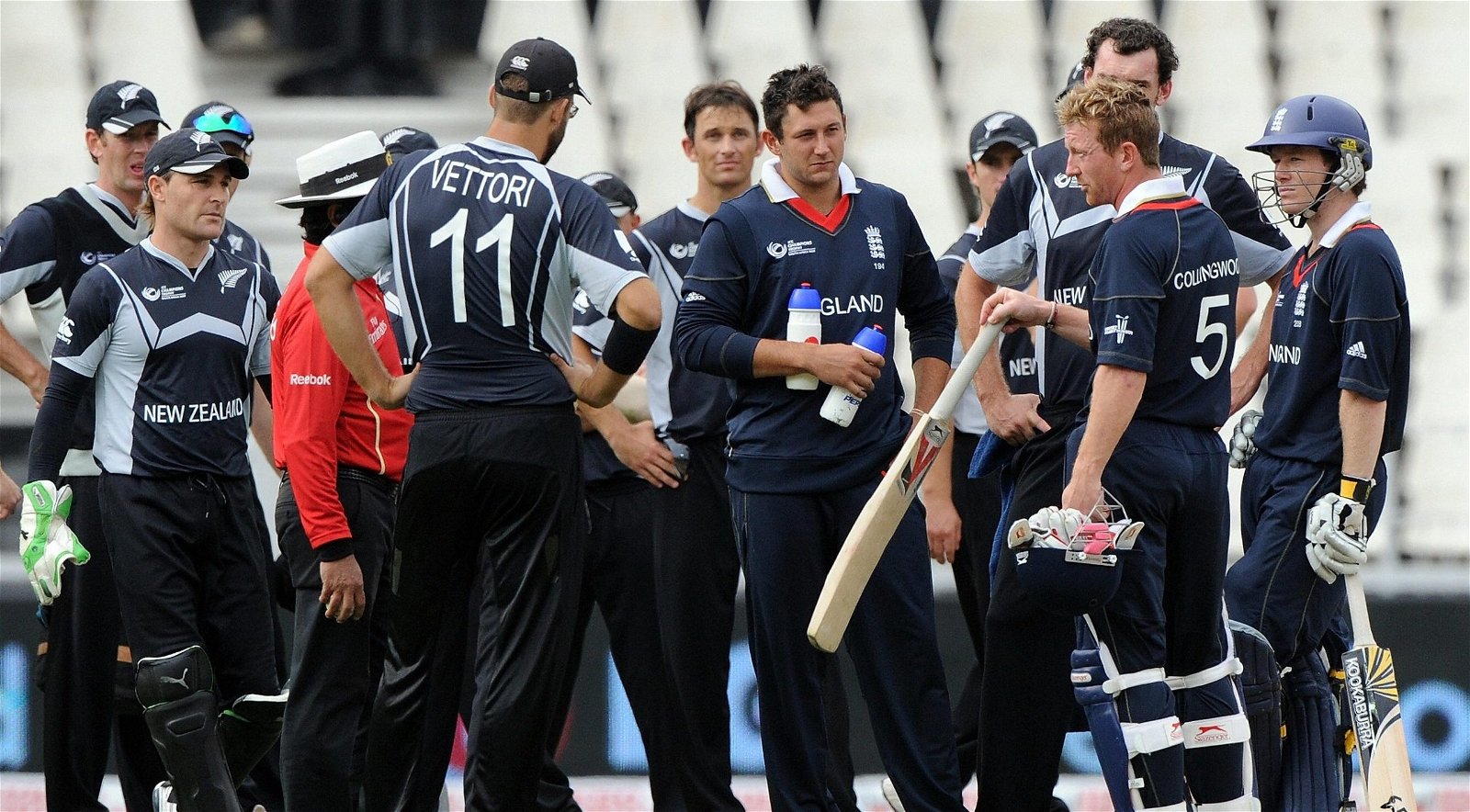 The first T20I between England and Australia this week sparked controversy when England captain Jos Buttler decided not to appeal against Matthew Wade for obstructing a run-out chance. Fourteen years ago, another England captain was faced with a similar decision, but chose an entirely different path, sparking even more controversy.

In 2008, Paul Collingwood came under fire for failing to withdraw his appeal for the run-out of Grant Elliott, following a mid-pitch collision between Elliott and Ryan Sidebottom.

In the fourth ODI of the series, at The Oval, New Zealand were seven wickets down and needed another 29 runs off seven overs for victory when the incident happened.

After Elliot defended the ball from Sidebottom, teammate Kyle Mills charged down from the non-striker’s end for a quick single. As the ball trickled down the pitch, Sidebottom went for it, and he and Elliott collided mid-pitch and both ended up on the floor. While they were still on the ground, Ian Bell picked up the ball and threw at the non-striker’s end, where Kevin Pietersen collected it and took the bails off. Elliott was run out by a big margin.

With Elliott clearly hurt from the collision and no suggestion that he or Sidebottom had intentionally impeded each other, Mark Nicholas said on air: “Paul Collingwood has a very interesting moral situation to deal with.”

Elliott was clearly out according to the Laws of the game, but umpires Steve Davis and Mark Benson asked Collingwood whether he wanted to withdraw the appeal in the spirit of the game, given Elliott had been prevented from making his ground. The England captain, however, opted to uphold the appeal and Elliot had to leave the field, boos ringing out around The Oval.

The match also finished in dramatic fashion with New Zealand winning by one wicket after an overthrow off the last ball of the match.

After the game, the New Zealand team were apparently still incensed by the incident and slammed their dressing room door in Collingwood’s face. They also shouted abuse at the England players from their balcony after the match had finished, and refused to shake hands with them.

Later, both Collingwood and New Zealand captain Daniel Vettori apologised for the incident. Collingwood was quoted in The Guardian as saying “I hold my hands up and say I probably made the wrong decision, and that’s something that I have to live with.”

Vettori was also quoted saying: “I want to apologise for our team’s reaction and my reactions. It took a long time to calm down. Paul came to speak to us and was contrite so we will move on and hopefully it doesn’t happen again”

A year later, the shoe was on the other foot, when Collingwood was run out wandering out of his crease in a Champions Trophy group stage clash against New Zealand. At 27-3, England were looking to rebuild when, thinking the ball was dead, Collingwood started walking down the wicket at the end of the over. Wicketkeeper Brendon McCullum threw the ball at the stumps, directly hitting and catching Collingwood well out of his crease

With Collingwood given out, Nick Knight on commentary questioned: “How deep are those scars from what happened at The Oval?”

However, when Vettori was consulted by the umpires over whether he wanted the appeal to stand, he chose to withdraw the appeal. He and Collingwood shook hands on the field, bringing the saga to an end.

After the match Vettori said: “It was obvious that there was no intention of a run, Colly had wandered down the pitch, and it was a lot easier to call him back and get on with the game.”

New Zealand again went on to win the match, taking victory by four wickets, Elliot with figures of 4-31.

Watch videos of both incidents here