Watch: Rawalpindi Raiders Teenager Slams 30 In An Over In Pakistan Junior League 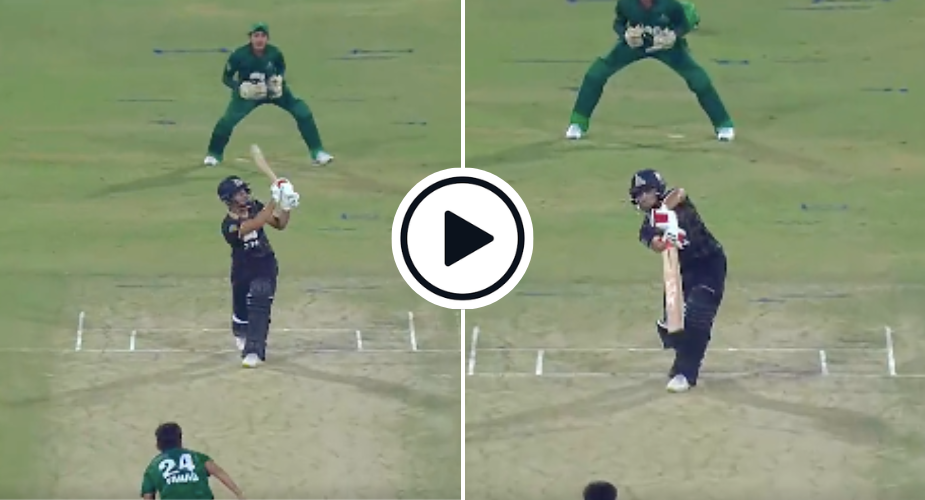 Watch: In the inaugural edition of the Pakistan Junior League, Rawalpindi Raiders opener Habibullah hit Fahad Amin of the Hyderabad Hunters for 30 runs in an over.

Rawalpindi Raiders captain Habibullah won the toss in Match 8 of PJL 2022/23, against Hyderabad Hunters at the Gaddafi Stadium in Lahore, and opened batting with Hassan Eisakhil. The Raiders began cautiously, reaching 23-0 after three overs. Having conceded three in his first over, Fahad came on to bat.

Habibullah charged down the pitch against the first ball, but was beaten comprehensively as Fahad moved the ball away from him.  The next ball was pitched in line, and Habibullah flicked it nonchalantly for six. Fahad altered his line to off-stump, but it made little difference: Habibullah’s lofted shot comfortably cleared the cover boundary.

Fahad responded with a beautifully disguised slower ball. Habibullah’s stroke ballooned to mid-off – but Fahad had overstepped. Fahad attempted a slow yorker off the free hit, but Habibullah shuffled across, read the change of pace, and swung over square leg for six.

Another no-ball followed, and this time Habibullah pushed it past extra cover to pick up two runs. Fahad took the pace off again, but the free hit sailed over the long-on fence. Habibullah finished the over with a four over point. Despite being unable to score off the first ball, he took 30 off the over; the two no-balls took the tally for the over to 32.

Habibullah was eventually leg-before off Muneeb Wasif for a 21-ball 39, while Eisakhil went on to score 52 in 36 balls. The Rawalpindi Raiders were 125-4 when rain intervened. When play resumed, the Hyderabad Hunters’ target was adjusted to 54 in five overs. They hit out but lost wickets in a heap, and ended on 40-8.

In the last over of the match, Afnan Khan became the first bowler to complete a hat-trick in the PJL history when he dismissed Mohammad Zubair Jr, Hassan Iqbal, and Dubs Wood.