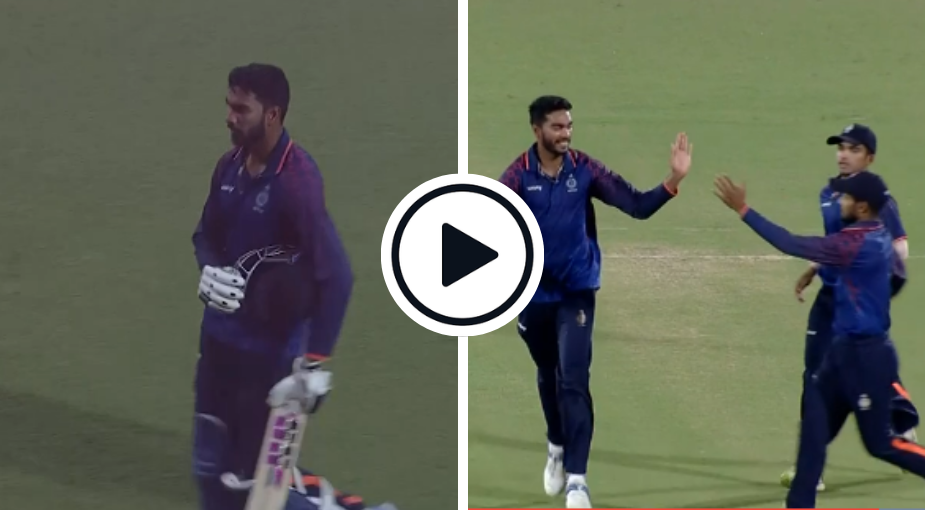 Watch: Madhya Pradesh’s Venkatesh Iyer had a dream T20 game against Rajasthan, scoring a blistering 62* in 31 balls before going on to grab 6-20 in the 2022 Syed Mushtaq Ali Trophy on Tuesday.

The Kolkata Knight Riders all-rounder came to the fore in the 2021 Indian Premier League, where his batting at the top of the order helped turn around the side’s fortunes, helping them into the final of the event.

Venkatesh earned an international cap last November and has represented India in nine T20Is and two ODIs. He has a strike rate of 162.19 in the shortest format, but an indifferent 2022 IPL, where he averaged 16.55 with a strike rate of 107.69 meant that he fell down the pecking order. Hardik Pandya’s successful return from injury also made it tougher for the 27-year-old, who was selected as a seaming all-rounder for India.

The Madhya Pradesh player silenced his critics with a fine all-round exhibition at Rajkot, first scoring an unbeaten 62 and then grabbing his first-ever five-for in T20s. Walking out in the 10th over with the scorecard reading 64-1, Venkatesh changed the momentum of the innings, his runs coming at a strike rate of 200. His knock was laced with five fours and four sixes as his team scored 173-5.

Rajasthan were well-placed at 82-1 in reply, but the introduction of Venkatesh turned the tide. He picked up a wicket in his first over, ripping through the middle order to end with 6-20 in his four overs. Madhya Pradesh won by 38 runs in the tournament opener.

Venkatesh became the first Indian player to score a half-century and take six wickets in the same men’s T20. Only four other men have achieved the feat, from any country.

Venkatesh continued his form in the next clash against Mumbai as well, scoring 57 in 35 balls.