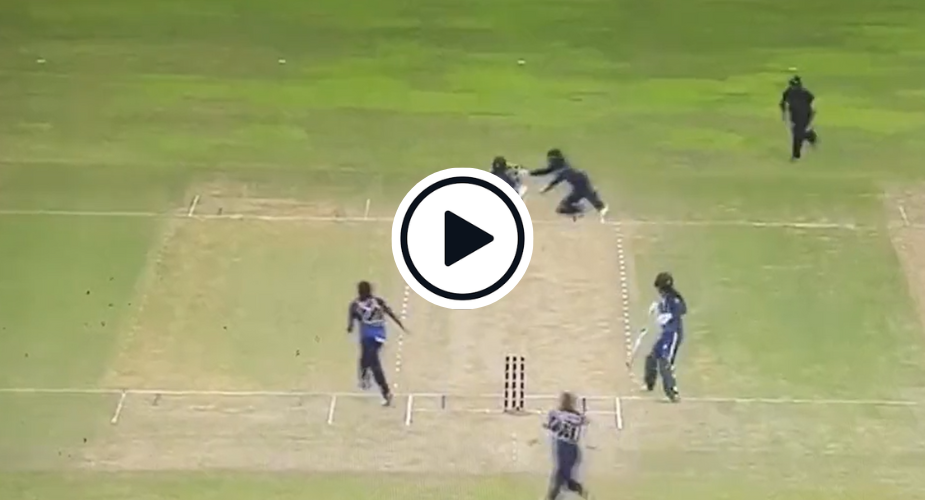 Watch: With three to defend off the last ball, Sri Lanka dropped a catch but effected a run out to qualify for the 2022 Women’s Asia Cup final.

Opting to bat first in the second semi-final, at the Sylhet International Cricket Stadium, Sri Lanka put up 122-6. Harshitha Samarawickrama top-scored with 35, but she took 41 balls, and the Sri Lankan innings lost its course midway. The innings ended in curious fashion, when Aiman Anwer bowled one outside off, and Muneeba Ali stumped Oshadi Ranasinghe. The ball should probably have been called a wide, which would have resulted in an extra run and an extra ball for Sri Lanka.

Pakistan took their time, and just when Sri Lanka seemed to claw back into the game, Bismah Maroof slog-swept Kavisha Dilhari, then stepped out and slogged the next ball, to pick up two fours in the 16th over. At this point, Pakistan needed 23 in 24 balls with seven wickets in hand. With both Maroof and Nida Dar well set, it was their match to lose.

Inoka Ranaweera conceded five singles in her over. Maroof hit Sugandika Kumari’s first ball for two, but was bowled when she shuffled far too much and missed the line off the ball. That over went for five as well. Ayesha Naseem charged against the first ball from Ranaweera and was caught in cover. Pakistan were left to chase nine off the last over.

Chamari Athapaththu summoned Achini Kulasuriya. The experienced Dar managed a run, and Aliya Riaz ran a bye. Dar ran a couple and a single. Riaz swung at the fifth ball and missed, but Dar sprinted for a bye as wicketkeeper Anushka Sanjeewani’s throw missed the stumps. That left Pakistan to score a solitary run off the last ball.

Kulasuriya’s attempted yorker turned out to be a low full-toss. Dar swung freely towards off, but could not middle it. As the ball ballooned towards extra-cover, Dilhari ran to her left and dropped a simple catch as the Pakistani batters completed a run.

They now sprinted for the second run that would have taken the match into the Super Over, but Dilhari kept her calm, and threw the ball towards the striker’s end. It was wide, but not wide enough to evade Sanjeewani, who collected it cleanly and dived on to the stumps, leaving Dar well short of the crease.

Sri Lanka will play India in the final on October 15.

Absolute agony for 🇵🇰, ecstasy for 🇱🇰 as the beat Pakistan by a single run to make it to the final of Asia Cup.#PAKvSL | #WomensAsiaCup2022 pic.twitter.com/w9vOp34uLG