How Do England Fit Liam Livingstone Back Into Their T20 World Cup XI? 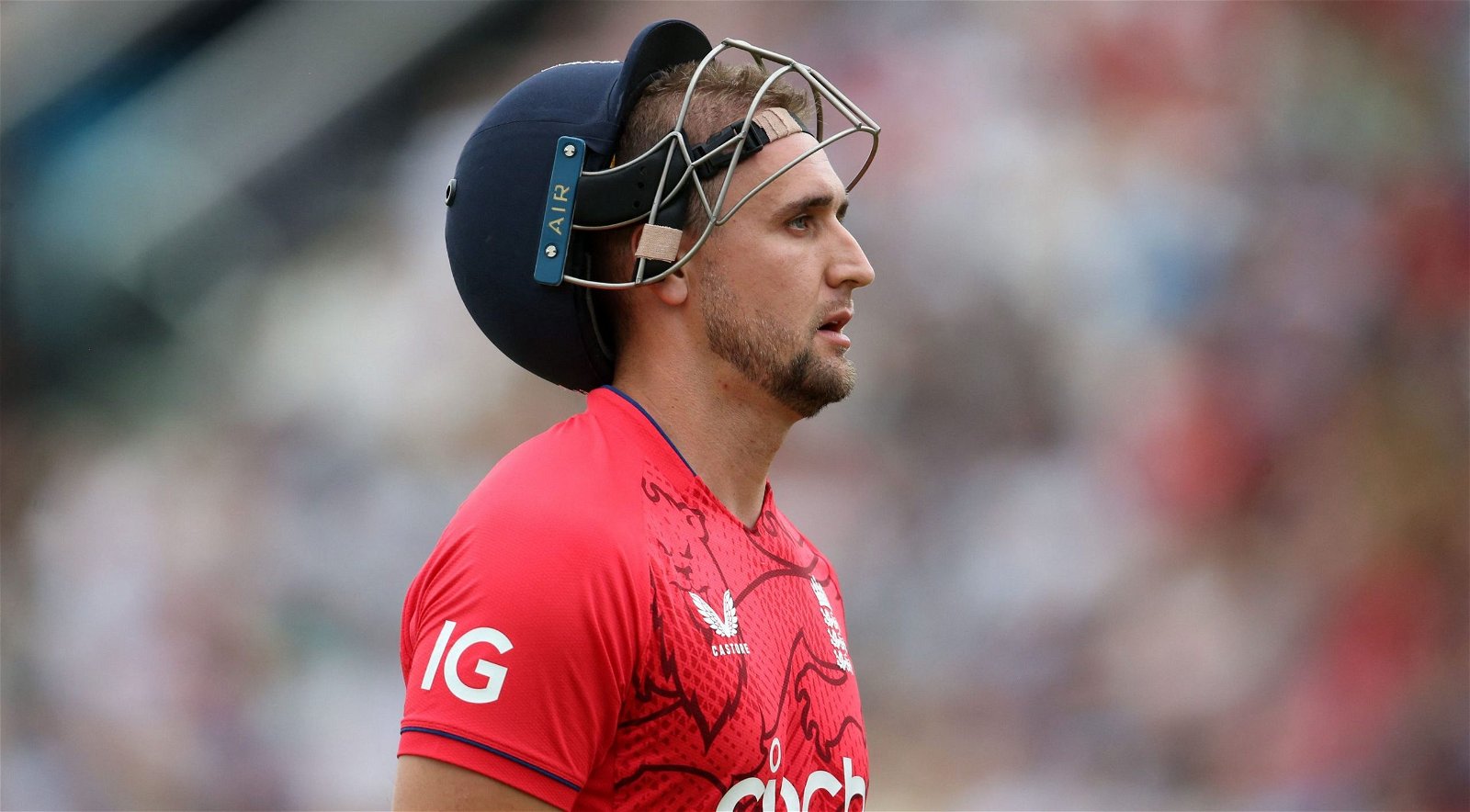 Ben Gardner assesses how England could fit Liam Livingstone back into their T20I XI.

Rewind to the day of England’s T20 World Cup squad announcement, and their preparations for the global tournament had begun to take on a tragicomic feel.

Speculation abounded over whether England could ever be good at white-ball and red-ball cricket at the same time, with the limited-overs teams taking their spell in the Dorian Gray attic of trade-off decay. Jos Buttler had yet to win a series as full-time captain. Half the selected XV were injured, and then Jonny Bairstow slipped down a slope and sent a force equivalent to an articulated lorry barrelling down a ravine through his lower leg.

England, favourites for last year’s title before running into Daryl Mitchell, looked long shots to make good on their second go at becoming history’s first Unified White-Ball Men’s World Champions (it will catch on). Since when, everything has gone basically perfectly. Buttler’s notched up a maiden triumph. Those invalids have begun to return, many with a bang, and Bairstow’s replacement has slotted back in seamlessly with, we’re told, no ‘clear the air’ talks necessary. Brendon McCullum has also picked a batter with eight appearances and an average of 12 in the last three years so the Test team can keep up their end of the bargain.

Indeed, it’s that man who presents Matthew Mott with his most severe remaining headache. Liam Livingstone is nearly back fit, and it’s now not at all clear where he fits in. Whatever your thoughts on his Test selection – and really, who are we to question the gospel of Baz? – his T20 value remains indisputable: long bombs, weird spin and big-game swagger. But there’s no easy answer to the dilemma of who should sit out when he returns.

Let’s start from the top, and the man who appeared perhaps the most likely to make way ahead of the series. Dawid Malan came into this series under some pressure, a half-century in the final Pakistan T20I only going someway to correcting his poor record since the start of last year. Could Ben Stokes move up to three, Harry Brook to four, with Livingstone, Moeen Ali and Sam Curran in an interchangeable engine room? Malan’s profile as a T20 player has switched in that time almost completely, and the discourse is yet to catch up. He’s now dominating in domestic leagues with a drop-off internationally, rather than vice versa, and has shed his ‘slow starting’ habit. Given his aptitude at taking down hard lengths on hard pitches, an in-form Malan should be at the heart of a T20 World Cup in Australia. His second-game half-century showed his value, with Malan picking up the momentum despite coming in after the powerplay with England stumbling, and carrying on to a match-defining score.

Stokes, then, with whom the toughest task is separating man from myth from legend. This series marked his first T20I appearances for England since March 2021, and in truth, he struggled, with a 10-ball 17 in the rained-out final game the first hint at a return to his best. On paper, he should be the most in danger. But also, he’s Ben Stokes, and this is a World Cup. He will almost certainly do something other players could only dream of. A spectacular boundary save in Canberra demonstrated how contests have a way of bending around him, like a supermassive black hole in a gravitational field. He also bowls, with England testing him out as an opening option in Australia, something that would allow them greater flexibility elsewhere.

Onto Brook, who, in a way, is to blame for this whole issue. Originally picked as the back up, he made a near-unanswerable case for a starting berth in Pakistan but struggled in Australia. Leaving him out might be the easiest option, but it also leaves England without a bridge between the top order and the finishers, with Brook at his best able to adapt to whatever situation comes his way.

Then it’s the all-rounders who aren’t really all-rounders. Moeen no longer bowls much, so it’s lucky for him he’s in the form of his life with the bat, a series of match-altering cameos underlined his value. His leadership experience will also be important, especially if someone needs to convince Buttler that reviewing a caught-behind isn’t against the Spirit of Cricket, and there will be oppositions against whom his off-spin gives England another angle.

Curran is the opposite, regularly unused with the bat, but increasingly undroppable for his bowling. He’s not the bowler you’d assume – he doesn’t really swing the white ball, instead relying on his variations through the middle and his innate Curranness at the death. In the second T20I, he stared down Tim David and Matthew Wade, the most fearsome finishing pair the T20 World Cup will have to offer, with the game on the line and the series at stake. Curran didn’t flinch, a cannily concocted leg-stump yorker bowling the former Singaporean, and two runs conceded turning the game decisively England’s way.

England could, of course, just pick all eight. This would be something of a departure from Buttler’s preferred balance, with him favouring bowling-heavy sides thus far. But seven bowling options is plenty, and so effective has Curran been that there is an argument that he deserves to be considered in England’s best three seamers. This is perhaps the most likely (and best solution) and would leave Reece Topley, Chris Jordan and Chris Woakes competing for one spot, with Mark Wood the established first-choice. Topley is the least experienced but is now as dependable as any. Jordan is the ever-present, seemingly improving through the year, but has proved expensive recently and fulfils a similar role to Curran. And Woakes, usually the first man England look to leave out, underlined how, with a new white ball, there are few better in the world, razing Australia’s top order in the third T20I with a shortened spell of skilful incision.

It is a good problem to have. But it is still a problem. How England go about solving it could determine the fate of their T20 World Cup campaign.

WATCH: Mitchell Starc warns Jos Buttler not to leave his crease in an on-field chaos – AUS vs ENG, 3rd T20I