In The Babar-Rizwan Shadow, Pakistan’s Middle Order Is Taking Shape 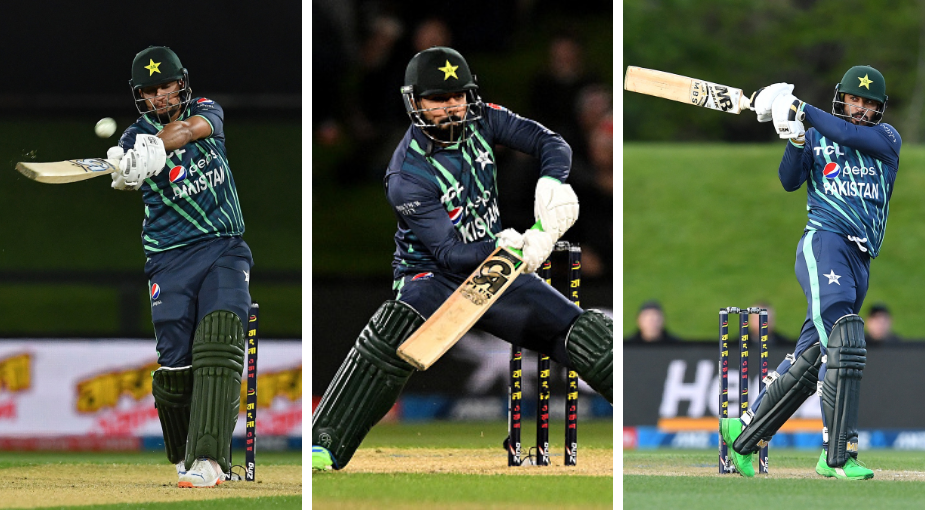 Pakistan’s opening batters have been in the news for their knack of getting big runs, but the middle-order is where their real strength lies, writes Sarah Waris.

From the start of 2020 to December 2021, Pakistan’s openers scored the most runs in the world. They were also the only opening pair to make more than 2,000 runs, amassing 2,711 runs in that time at an average of 44 (the highest among all Test-playing nations). They also faced an average of 51.38 deliveries per game, playing a pivotal part in laying a foundation for the rest of the order. Pakistan won 27 of their 40 games in this period with a win-loss ratio of 3.0, making them the most successful side in the world.

Their openers also shared 25 fifty-plus stands between them, including two century partnerships, both of which preceded wins for the side. The average of the opening partnership in winning causes grew to over 50, and the average deliveries that they faced in victory increased to 60.15. Ten times an opener saw the team through, and though their strike rate of 135.59 was criticised for being on the slow-side, it worked because the bowling stood out.

The team successfully chased down a target of fewer than 170 13 times out of 17 between 2020 and 2021. They also successfully defended scores of less than 175 five times. With their bowlers in excellent rhythm more often than not, the top-order, led by Mohammad Rizwan and Babar Azam continued playing their natural game, looking to get big runs instead of quick ones. It worked for the team, with Pakistan needing little contribution from the middle order to see them through.

Things have changed in 2022. Pakistan have a win-loss ratio of 1.11, winning 10 and losing nine. Their openers continue to thrive, with Rizwan leading the run-scoring charts, scoring 821 runs this year at an average of 54.73. Babar is not far behind on 611 runs. Together, they have 14 fifty-plus scores, but their approach has suddenly come under the spotlight as the strike rate has dropped drastically.

The top-order continues to hog space in the middle-overs, with the first wicket facing an average of 59 deliveries per match. On average they only score 75.52 runs per innings despite taking up this space which, once again increases the pressure on the middle order to score quickly. However, if the recent tri-series in New Zealand is any indication, the batters lower down seem to have adjusted to their new role, accepting the template that will be followed at the top and looking to bring in big-hitting consistency instead.

Pakistan won the tri-series, winning four of their five games, including the final, with Rizwan and Babar both finishing in the top-three run-scorers. They had strike rates of 122.56 and 123.87, respectively. But deeper analysis shows that they were not the game-changers for Pakistan that they have been in the past.

In the first game against Bangladesh, Pakistan reached 52-0 in seven overs before Babar was dismissed. Despite Rizwan carrying his bat through, scoring 78* in 50, it was a quick cameo by Shan Masood (31 in 22) and an eight-ball 13 by Iftikhar Ahmed that pulled the team up to 167-5, after they were struggling at 111 with five overs to go.

The next game against New Zealand saw Rizwan fend off 12 balls for only four before he was dismissed by Tim Southee, as Pakistan reached 37-2 in their first 31 balls. Shadab walked out to join Babar and went on to break the self-imposed shackles, scoring 34 in 22 before Haider Ali struck a four and a six in two balls to help his team chase down 148 in what ended up being a tight game.

The middle order could not come to the rescue in the third match of the tri-series, again against New Zealand, as Rizwan and Babar faced 40 balls between them both with only 38 runs to show for their efforts. Pakistan ended up losing after making 130-7.

In a run chase of 164 in the final, Rizwan struck at 117.24 while Babar ended with a strike rate of 107.14, the duo scoring 29 percent of the runs in the run chase but consuming 35 percent of the total deliveries. Once again, it was the middle order that saved the day with Iftikhar (25* in 14) combining with Mohammad Nawaz (38* in 22) to take Pakistan over the line.

Earlier, Nawaz had also made an unbeaten 45 in only 20 balls against Bangladesh, batting with a strike rate of 225 after Rizwan’s 56-ball 69 piled on the pressure with the team needing 174 for a win.

Pakistan have a number of fiery batters in the ranks, including Asif Ali, Haider Ali, Shadab, Nawaz and even Khushdil Shah – despite him not playing a single game in the tri-series – who have taken it upon themselves to break free of their constraints and increase the tempo of the innings when they come out to bat. Shadab could be a long-term option at No.4, his superior strike rate against spin also helps the run rate in the middle overs. Both Rizwan and Babar do not have the best record against slower bowlers and look to farm the strike in the middle overs. Having Shadab up the order could prove to be a game-changer for Pakistan.

Nawaz has surprised with his ability to consistently find the boundary. Before the Asia Cup game against India, he had a T20I high score of 30*, which came at No.7 against West Indies last year. Since the Asia Cup clash against India, he has two forties and an unbeaten 38. He has also struck at more than 160 five times in this period, including more than 200 twice. He has batted at No.4 three times and at five twice in the last few weeks, an indication of his true potential.

Iftikhar often goes under the radar, as does Haider Ali. Khushdil also has the potential to go big, along with Asif Ali, and the fact that 15 players from Nos.4-7 have made at least 10 runs with strike rates of more than 150 since the Asia Cup alone, signifies how small cameos have become more crucial to Pakistan’s batting prospects.

The middle-order batters can be shuffled around, having all done well across multiple positions and match situations. There are plenty of left and right-hand options, which allows Pakistan the rare luxury of sending in a batter according to match-ups. But while the candidates are many, it is crucial that the team understands and utilises their potential to the maximum.

Pakistan have been successful of late: they reached the final of the Asia Cup, narrowly lost the series against England and have now won the tri-series against New Zealand, all in the last month. While Babar and Rizwan will catch people’s eyes for the high number of runs they have scored, the small and unnoticed runs from the middle-order has undoubtedly had a bigger impact.