Marks Out Of 10: Player Ratings For Australia In The T20I Series Against England 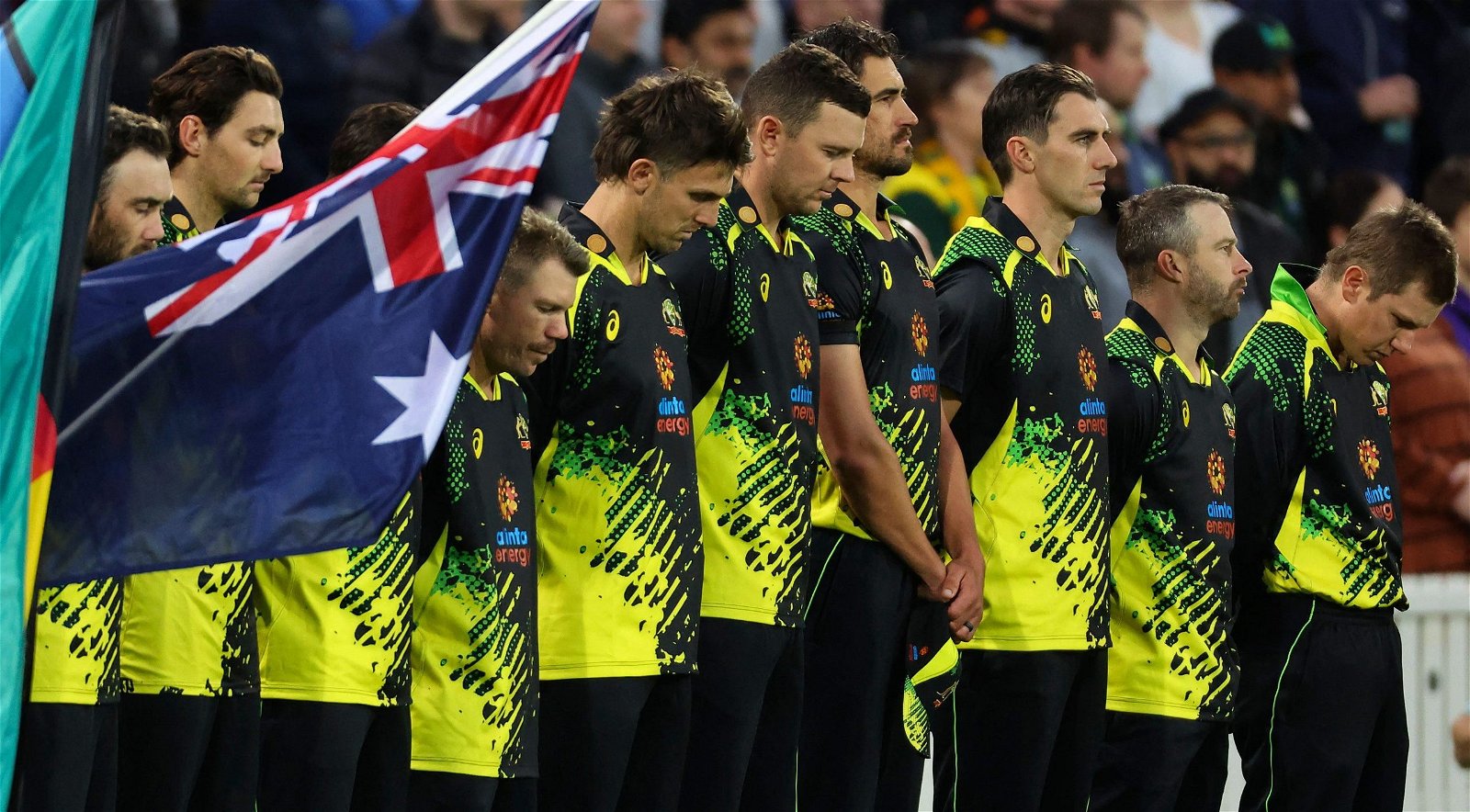 Australia were defeated 2-0 by England in the three match T20I series before the 2022 T20 World Cup. Here are the 17 Australia players who took part in the series marked out of ten.

A poor series for the Australia captain. Not only did his side fail to win a match in the series but his own performances fell way below the mark. A first-ball duck in his final innings as his side slipped to 0-2 in the first over of their run chase made it a trio of false starts for Finch.

Wade played some decent knocks down the order for Australia to push them towards their targets batting second in the first two games, although his proud record of seeing his side home in chases came to an end. He couldn’t quite get them over the line and he was lucky not to be given out obstructing the field in the first T20I when he held back Mark Wood from running him out.

35 off 15 deliveries in the first T20I was a promising return for Stoinis following his lay-off with an injury. He had been expensive bowling in England’s innings, conceding 21 runs off a single over to Alex Hales but picking up the wicket of Ben Stokes. Stoinis was also going well with the bat in the second fixture before losing his wicket at a crucial time as Australia failed to chase down 178. He was Australia’s best bowler in that match however, picking up three wickets, his best bowling figures in T20Is. A positive run-out for Australia before the World Cup.

Replacing Steve Smith at number three, Marsh had a solid first outing with the bat before top-scoring for his side in the second. He made 45 off 29 deliveries, his highest score of the year. A first-ball duck in the abandoned third fixture however, left Australia reeling at 0-2 and Chris Woakes on a hat-trick. A good return for someone hoping to keep Smith out of the side in the World Cup.

Two polar opposite innings for Australia’s powerful finisher, befitting of his reputation as an all-or-nothing performer. A three-ball duck in the first match was followed by 40 off 23 balls to give his side hope in the second fixture. He lost his wicket at a crucial time, however, with the team still needing 34 runs off the last three overs and with David the only in batter at the crease.

Warner continued his run of impressive T20I form in 2022 with another half-century in the opening match of the series, his second in as many matches. He couldn’t quite get Australia over the line in that first match but played a big part in getting them with ten runs of the 208 they needed. The four off 11 balls he managed in the following fixture was his lowest T20I score since October last year and was preceded by an injury in the field. Warner picked up a neck injury which ruled him out of the final match of the series.

Maxwell’s continued run of low scores must be beginning to test Australia’s faith in him. For someone held in such high regard in the shortest format of the game his performances over the last several years, internationally at least, haven’t justified the rhetoric. He hasn’t scored a T20I fifty in 24 attempts since March 2021. His two innings took his run of single digit scores in T20Is to seven. Maxwell may be a mainstay for Australia’s middle-order in T20Is, but his lack of contribution will be playing on their minds going into the World Cup.

Back in the side after being rested for the first match, Cummins took the new ball ahead of Mitchell Starc to target Buttler, against whom he has a superb record against in Test cricket. The decision paid off with Buttler skying a catch off Cummins to Adam Zampa. He bowled decently, limiting the run rate and dismissing Dawid Malan in the final match. A continuation of a good year in T20I cricket for Cummins.

A poor couple of games for the No.1 ranked T20I bowler in the world. He was expensive in the final match, despite picking up the wicket of Alex Hales for a duck, and wasn’t much better in the second. Hazlewood went wicketless in that match and conceded 39 runs off his four overs.

A middling performance for Mitchell Starc after returning for the second and third matches of the series with the other frontline Australia quicks. He was ineffective being used in the middle overs in his first run out, conceding runs at almost ten and over and taking punishment from both Dawid Malan and Moeen Ali. He was much tidier opening the bowling in the following match and despite not picking up any wickets, his economy was much healthier.

A good start for the leggie in the second match of the series saw him take the key wickets of Stokes and Buttler, helping to limit England in the first part of their innings. He also fared pretty well against Buttler in the final fixture, taking less punishment than the quick bowlers, albeit before the match had been shortened.

After being dropped for not scoring as freely at the top of the order as Australia wanted, Smith returned in the final match in place of the injured Warner. He came in with his side in a tricky position at 0-2 in a shortened chase and did little to change the selectors’ minds on his ability to bat aggressively. He scored a tentative seven off eight before the rain drew the match to an early end, the innings only made to look slightly better by the two golden ducks that preceded it.

Sams fell victim to Alex Hales’ onslaught in the only match he played in the series. Despite taking the wicket of Harry Brook he conceded the most runs out of the Australia back-up bowlers in the match. He only lasted four balls coming in at No.8 in Australia’s chase.

Opening the bowling and the batting in the absence of some of Australia’s regulars in the first match, Green continued his hit-or miss-form with the bat in T20Is, falling for a two-ball duck. He conceded four boundaries off his first over to Buttler but managed to rein the scoring rate in slightly in the latter part of the innings.

Ellis had a stellar outing with the ball in the only match he played, dismissing Buttler for 68 before taking the wickets of Moeen Ali and Sam Curran before either of the destructive lower-order batters could get going. That performance makes it ten wickets in three matches so far for Ellis in 2022. Despite not being in Australia’s World Cup squad, he is becoming a solid back-up option for them in T20Is.

A tough day at the office for Swepson in Perth. He bore the brunt of Hales and Buttler’s aggression, conceding five boundaries and 31 runs from his only two overs in the series.

Richardson did manage to finally dismiss Hales for 84 in the first match, and his figures were decent compared to others in that innings. It was a punishing first day for all of Australia’s second string bowlers in Perth.

Marks Out Of 10: Player Ratings For England In The Australia T20Is