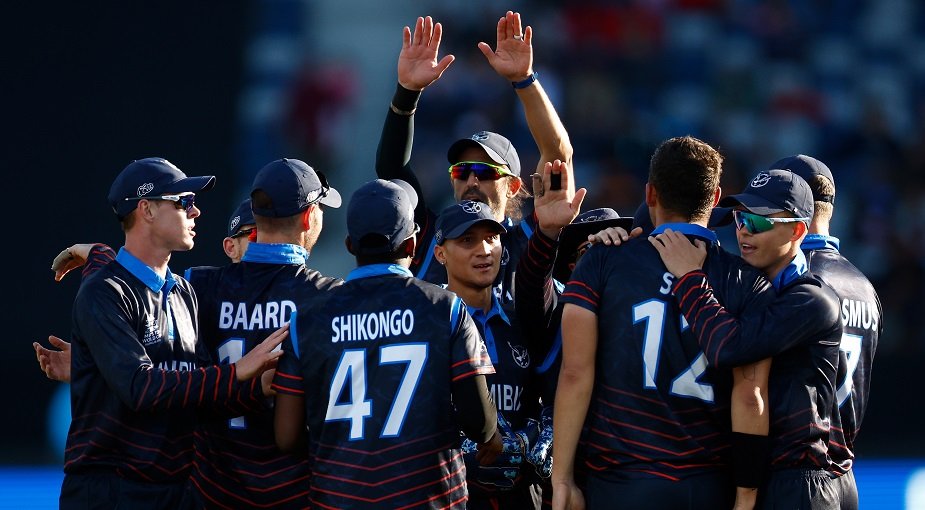 Sri Lanka, coming into the T20 World Cup 2022 as Asia Cup champions, were stunned by Namibia in the tournament opener.

Almost a year ago, Namibia had reduced Sri Lanka to 26-3 in a T20 World Cup match in Abu Dhabi. While the No.3s were different, the openers – Pathum Nissanka and Kusal Mendis – featured at the top in Geelong as well.

Sri Lanka had not lost another wicket that night. In the end, they won comfortably, because their bowlers had skittled out Namibia for 96. Namibia were 84-6 last year, after 15.4 overs. Today, they were 93-6 after 14.2 overs – an improvement, undoubtedly, but nothing significant.

Sri Lanka were favourites in the T20 betting at that point, especially after they had sent David Wiese back first ball. They lost Dilshan Madushanka to injury, they left out Lahiru Kumara – but none of that seemed to matter today. The Namibian tail did not boast of a hitter. Sri Lanka were cruising to an encore of 2021.

The Namibians could have caved in at this point. They could have gone for one of those desperate slogs that often amount to collapses on larger grounds. Instead, they adopted an unconventional, almost counterintuitive approach towards death-over batting.

Namibia were 95-6 after 15 overs. They added 68 to that. The onslaught (in a way of speech) included five fours and two sixes. JJ Smit, who had seen six wickets fall at the other end in that 2021 match and was left stranded, played what was probably the shot of the match. Aware of the relatively short square boundaries of the oval, he slog-swept Wanindu Hasaranga for six.

Boundary hits however, were not what saw Namibia through on the day. There were only 12 of them in the entire innings. Throughout the innings, they used the dimensions of the ground beautifully, often playing down the ground to pick up extra runs. In those last five overs, they ran four twos and a three, and ensured there were only two dot balls.

Namibia did not have left-arm fast bowler Rubel Trumpelmann for the day. They also kept their other left-arm seamers, Smit and Frylinck, away from the attack.

In their contrasting styles, Nissanka and Mendis had been key to their success in their recent Asia Cup triumph. Inside the powerplay, Wiese attacked Mendis with the short ball thrice in a row. The third got Mendis when he was too late on a pull.

Despite that, Sri Lanka reached 21-1 after three overs. There was little cause for alarm, but at this point Ben Shikongo bowled a magnificent over. He bowled a yorker that Nissanka kept out, had Nissanka caught off a mistimed slog and Danushka Gunathilaka caught-behind with consecutive balls, and burnt a review on a close leg-before appeal against Bhanuka Rajapaksa next ball. Rajapaksa played the fifth ball back to Shikongo and missed the last ball.

As the Sri Lankans tried to rebuild, the asking rate mounted. And the Namibians attacked by taking the pace off the ball. The Sri Lankan batting line-up, stacked with magnificent timers off the ball, could not middle their big hits. Of Sri Lanka’s last seven wickets, Pramod Madushan was run out; the rest were all attempted slogs that went wrong.

The result leaves Sri Lanka facing an uphill struggle to qualify for the Super 12s. Netherlands’ narrow victory over UAE means that two comprehensive wins should see Sri Lanka through on net run rate, even if Netherlands beat Namibia to see all three sides tied on two wins each. But with rain currently forecast for Geelong on the day of the Sri Lanka-Netherlands game, this result could yet prove decisive.

A year ago, Namibia had recovered from that initial defeat to beat Ireland and the Netherlands to qualify for the Super 12s. Once there, they also beat Scotland. This time, they went a step ahead by taking down the team that holds the record for playing the most finals in the history of the men’s T20 World Cup.

Yet, barring Zimbabwe, they are yet to face an ICC Full Member side outside the T20 World Cup or its Qualifiers. Perhaps it is time to change that.