The Sri Lanka Switcheroo: When Sangakkara And Jayawardene Traded Places To Exploit A Loophole 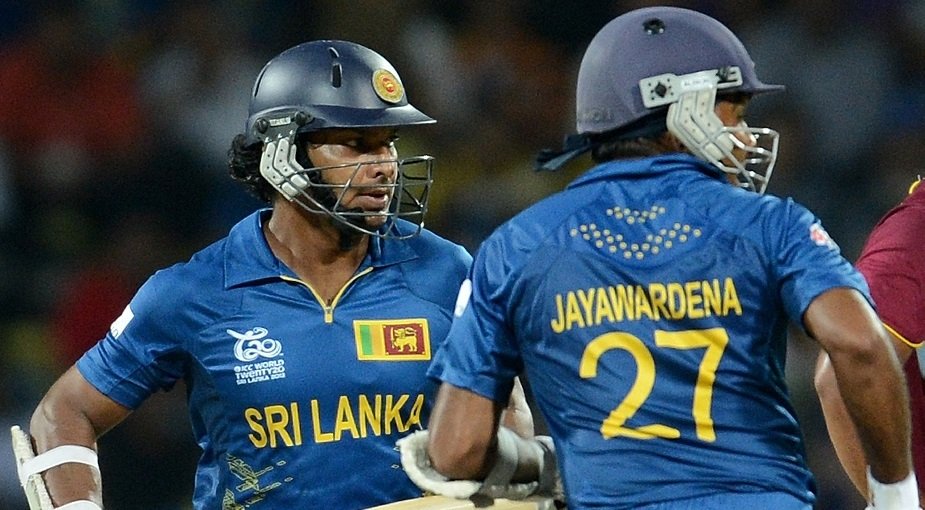 In the ICC T20 World Cup 2012, Sri Lanka switched Mahela Jayawardene for Kumar Sangakkara as captain for a Super Eight match, causing quite a stir in the cricket fraternity.

They began well, with a resounding 82-run win against Zimbabwe that virtually sealed them a berth in the Super Eight. They lost their other First Round match, against South Africa, but that was in a seven-over slog-fest.

In the Super Eight, New Zealand held them to a tie, but they had Lasith Malinga to fall back upon: coming to defend 14, he conceded seven. Sri Lanka then hardly broke a sweat to beat the West Indies by nine wickets, virtually booking a berth in the semi-finals for the third consecutive time.

Sri Lanka still had to play England. Until this point, England defeated Afghanistan, but India bowled them out for 80, and both West Indies and New Zealand beat them comfortably in the Super Eight. They still had a mathematical chance of qualification, but that was about it.

However, something else had taken place during Sri Lanka’s match against the West Indies. The hosts had failed to bowl their overs on time. Match referee Javagal Srinath docked Sri Lankan captain Jayawardene 20 percent of his match fees, and his teammates 10 percent each.

But that was the lesser of the two blows to the Sri Lankan camp. As per the prevalent ICC Laws, Jayawardene stood with a chance of facing a one-match ban if Sri Lanka failed to bowl their overs in time at any point in the 12 months after the West Indies match.

Sri Lanka were in excellent position in Group 1, but they had technically not qualified yet. Jayawardene, thus, had to play – but that also meant that he stood with a chance of missing the semi-final. The only solution was to appoint someone else captain for the match.

Angelo Mathews was Sri Lanka’s vice-captain for the tournament. Having led in a match where Sri Lanka had fallen behind on the over rate, Mathews was also in danger of a ban. Someone else had to take charge.

So one cannot blame the confused looks on the face of the fans in Pallekele when Sangakkara, who had led Sri Lanka to the World Cup final the previous year, walked out to the toss with England captain Stuart Broad. They were perhaps more confused when the team was announced, and it included Jayawardene’s name.

The Sri Lankan innings passed without much fuss. Jayawardene opened batting and top-scored with 42 before some late hits from Lahiru Thirimanne and Thisara Perera took Sri Lanka to 169-6. Then came Malinga, taking three wickets in the third over to reduce England to 18-3. Despite Samit Patel’s 67 and Graeme Swann’s slogs, England finished on 150-9, and Malinga with 5-31.

It was during this innings that questions arose over Sri Lanka’s “tactical move”. It was obvious that Jayawardene was in charge, and that Sangakkara’s appointment was exactly what it was – a formality. At one point during the England innings, Jayawardene even approached the umpires with a request for a change in ball. As with the pre-match switch, this, too, did not violate the ICC Code of Conduct.

“We tried to do something as we wanted to handle a certain situation,” Jayawardene defended the decision in the post-match press conference. “I haven’t done anything wrong by any team or any player or any individual. We just did a tactical move like what we would have done in a match, bowling change or a batting change or something like that, we just changed our captain.”

Jayawardene duly returned to lead in the semi-final. The ICC probed into the matter after the World Cup, but there was little doubt that the Sri Lankan camp had not broken any Laws: they simply took advantage of a loophole. With no time constraint, Jayawardene let the innings continue at his own pace. The ICC’s attempt to hasten the progress of the match fell flat on its face.

It took the ICC almost a decade to come up with a suitable alternative. Since reducing match fees had failed to address the issue with over rates, they decided to penalise the offenders – the team, not merely an individual – in a way that would affect them during the course of the match.

As things stand now, a side failing to meet the stipulated over rates needs to have more fielders inside the 30-yard circle towards the end of the innings, when runs are scored at a rapid rate. Switching who tosses the coin won’t make an iota of difference.