Beyond The Averages: How India’s T20I Batting Unit Became The Most Aggressive In The World 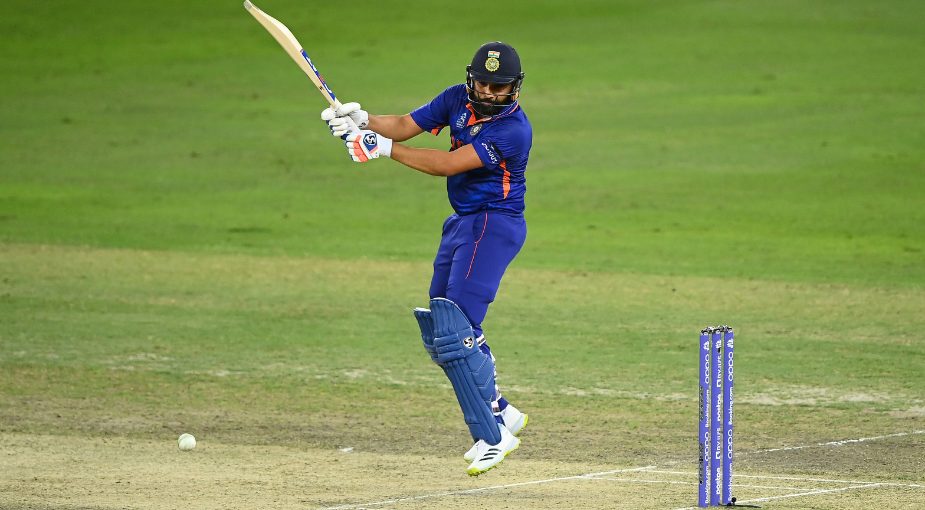 India’s skipper Rohit Sharma has been vocal about his team adopting a more aggressive batting approach in T20Is following their disastrous campaign last year. Sarah Waris looks at how the side has fared since then, and if they have met their captain’s demands.

India won the T20 World Cup in 2007, drawing a massive amount of attention towards the shortest format of the game. Since then, however, it can be argued that they have struggled to successfully crack the T20I code consistently. In six editions thereafter, the Men in Blue have reached the final just one further time, in 2014, and the semifinal only once in 2016. Last year, Virat Kohli’s side crashed out before the knockout stage, drawing higher levels of scrutiny to the way the team played the game.

T20I tournaments are fickle in their format. Lower-ranked teams are never really out of the game, and the importance of seizing key moments instead of dominating the entirety of a game is crucial to a side’s success. Favourites rarely exist in knockout tournaments because upsets are more common than ODIs or Test matches. Momentum can easily slip away, leaving even the strongest sides playing catch up. India lost out to Pakistan and New Zealand last year, despite entering the World Cup as a strong contender, and while their early exit can boil down to two bad days on the field, it was not a jolt from out of the blue.

The fact that Rohit Sharma strongly emphasised the importance of his side batting more aggressively when he first took on the job – and continues to do so to this day – indicates the root-cause of the issues that faced India in the run up to the 2021 World Cup.

Their problems began at the top of the order. From their first T20I match in 2006 until their last game in the T20 World Cup in 2021, India’s top three had scored 12,728 runs – the second-most in the world – at an average of 32.46, the highest amongst all Full Member nations. India and Australia (30.44) were the only countries whose top three had averaged more than 30 in this period. But, crucially, they had a strike rate of 132.79.

As the game rapidly changed over the years, with innings totals ever increasing and batters playing with more freedom, it was crucial for teams to adapt to fit the game that was evolving around them. Par scores increased and smaller boundaries meant more focus on batting quickly and with aggression. Scoring big runs individually was not important as the ability to dominate attacks all the way down the order.

Purely on stats, it appeared that India adapted well. The top three increased their tempo, scoring at 139.64 from the start of 2018 until the end of the 2021 World Cup. It was the second-highest top three strike rate in the world, only after England. However, looking deeper into the stats gives a clearer picture.

T20Is is a format where batters must look to attack the from ball one. But the India top three average of 35.36 in the table above and the high number of balls their top-order faced suggests that the team often failed to maximise the prowess of the middle order in this regard. Between 2018 and last year’s T20 World Cup, the India top order faced an average of 66 deliveries per game, scoring 92 runs per innings. In short, the first 11 overs of their team innings had an average run rate of eight. With par scores increasing, this piled the pressure onto the middle order to up the tempo immediately. It proved to be a difficult task.

The middle order could only manage a strike rate of 132.38 between 2018 and 2021, facing 42 deliveries per game and scoring eight runs an over. Once again, their average was impressive – the highest among all teams – but it meant only that they occupied the crease instead of scoring quickly. In contrast, a team like England, who redefined the way white-ball cricket was played under Eoin Morgan’s captaincy, had a top-order that scored less runs than India but at a quicker rate, a template which saw them reach the final and semi-finals of T20 World Cups in 2016 and 2021 respectively.

India’s more reserved approach was most problematic when they were setting a target. They only won 50 percent of their games batting first in this period, most of them because of the efforts of the bowlers. In 32 games when batting first, they made fewer than 170 in 15 attempts and less than 160 in 10. Thus, when India had to bat first against Pakistan and New Zealand in the World Cup last year, mayhem ensued.

Against Pakistan, they only managed to post 151-7, that score falling to a paltry 110-7 against the Kiwis. The resultant early exit from the competition was the catalyst for Rohit and India vowing to change their approach.

How things have changed

India now have a team strike rate of 146.14 – the best among all sides since the T20 World Cup last year. South Africa are second on the list, with a striking at 142.82. India’s top three average 33.88 in this period, but unlike previous years, they aren’t looking to score runs by merely occupying the crease.

Although the top three face approximately the same number of deliveries as the previous period before the 2021 World Cup – 63 – they score at a run rate of just under nine. With momentum in their favour and the tone set from the top, the middle order subsequently finds it easier to get going. India’s Nos. 4-7 strike at 152.27 and on average face only 43 balls per game but score at a run rate of nearing 9.5. It automatically pulls up the side’s average score per innings.

In the 35 matches they have played since the T20 World Cup last year, India have made more than 180 18 times. Batting first, they have made a score of below 150 only twice in a completed game. India have also won 15 of those 22 games where they have batted first, a whopping 68 percent which is a laudable feat especially considering how that game situation was a massive hindrance until a few months back. Overall, India have recorded 26 wins, but unlike before, it is the bowling that has let them down of late.

They have lost four times out of six in spite of putting up a score of more than 170, and they have lost both times they were asked to chase a score in excess of 200. Against England, they fell short by 17 runs chasing 216 and were bowled out for 178 looking to chase 228 against South Africa.

Almost like England did after their disastrous 2015 World Cup campaign, India too have identified their failings and have made serious efforts to change their approach by becoming a feared batting unit. It is too soon to make a final judgement on the success of the changes they have implemented, considering an ICC event is their real test and the bowling remains a concern, but the recent resurgence of their batting line-up should give fans hope.