Big-Name Absentees and Batting Self-Destruction: Why West Indies’ Decline Is No Surprise 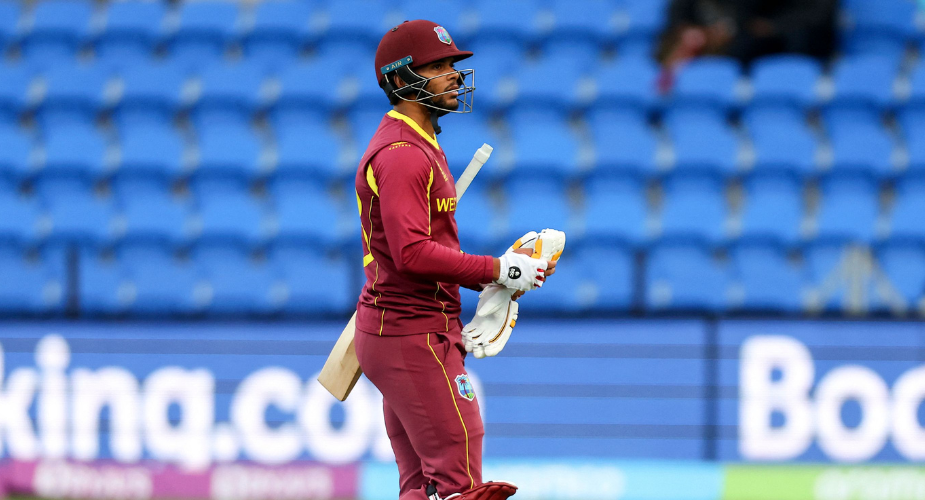 Two-time T20 World Cup winners West Indies were shocked by Scotland on Monday. The result, though, should not surprise anyone anymore, writes Shashwat Kumar.

Ahead of the T20 World Cup, not many would have considered this outcome as a possibility. Despite having a decent run in the 2021 edition, Scotland seemed to lack international pedigree. On paper, they seemed weaker than the West Indies. Nicholas Pooran’s men have also played a lot of T20I cricket lately, against Australia, India and New Zealand in the months leading up to the T20 World Cup.

Throughout the contest, however, it never felt that the West Indies were the more fancied side. They bowled erratically in the powerplay, could not prevent runs at the death, and pressed the self-destruct button when batting. It was the sort of display their fans have gotten accustomed to in the recent past. This was their 14th defeat in the shortest version in 2022 (out of 21 completed games), and their 27th (out of 43 completed matches) since the start of 2021.

One problem is that the West Indies seem unsure of how they want to play their cricket, which seems unimaginable considering how simple yet brilliant their mantra used to be until a few years ago. They seem to transfer responsibility onto their teammates until there is no one left to hand it over to.

For years, that was not a problem. They were prone to the odd capitulation, but with their depth, they could rely on individual brilliance to bail them out. Their conviction to abandon traditional batting in favour of a cavalier approach also set them apart.

Marlon Samuels’ stunning assault on Lasith Malinga in the 2012 T20 World Cup final is still fresh in the memory, as is Chris Gayle’s belligerent unbeaten 75 against Australia in the semi-final of that edition. Four years later, the West Indies produced similar pyrotechnics, first in the semi-final against India and then in the final against England. With the ball, Samuel Badree and Sunil Narine stepped up time and again. Almost all their stars stood up at some point during these campaigns.

Contrast that with their recent T20 World Cup expeditions. In 2021, they were bundled out for 55 by England in their opening Super 12 fixture. They also won just a solitary Super 12 game – against Bangladesh at Sharjah. The fact that their squad, filled with T20 legends, could not prevent a downward spiral is also indicative of the crossroads they find themselves at.

Most of their current players are not IPL regulars either. Shimron Hetmyer, Alzarri Joseph, Evin Lewis, Jason Holder, Obed McCoy, Odean Smith, Rovman Powell and Pooran himself had IPL gigs in 2022. Apart from Hetmyer, Holder, Pooran and Powell, however, none was really a mainstay. Even among this quartet, only Hetmyer and Holder had a season to be proud of. And West Indies left out Hetmyer, along with Russell and Narine, for the World Cup.

That is hugely contrasting to the landscape in the 2010s when the likes of Andre Russell, Dwayne Bravo, Kieron Pollard, Narine and Gayle ruled the IPL as well as turbocharged the West Indies to international glory. The IPL involves the cream of the T20 crop, which makes it an authentic yardstick for T20 cricketers. That the current West Indies squad has only one consistent performer at the IPL side tells you all you need to know about their fall from grace. The ones who did feature frequently (Bravo, Narine, Pollard, and Russell) may never play for the West Indies again.

During their peak, the West Indies had an aura about them. Whenever they walked out onto the field, the opposition knew that they were getting into a game. The West Indians would play as if they owned the place. Their dedication to an aggressive brand of cricket was second to none. Now, they seem either too caught up in that shadow, or too afraid to truly step out of it.

In fact, many teams at the 2022 T20 World Cup may be licking their lips at the prospect of facing them, not because that fear factor seems to have disappeared, but also because numerous glaring weaknesses seem to have appeared. On Monday, Scotland outwitted and brushed them aside with ease. Worse, the result felt inevitable after the first few overs. The West Indians had their moments, and there was a phase when they would have backed themselves to hunt down the target. But once things going downhill, they simply caved in.

Their implosion with unerring regularity is, thus, barely surprising. There used to be a time when they were brilliant enough to arrest such slides. Deep inside, they might still be hoping that someone waves a wand and makes things alright. But that is not happening anymore, partly because opponents are more confident but largely because the performances of their golden generation can’t be replicated.

Living off your past laurels, especially in sport, is often not a fruitful venture. If the West Indies let this particular situation drift, it may outlast this T20 World Cup and become a larger and more recurring malaise. If it has not already.