Despite The ICC’s Worst Efforts, The T20 World Cup Is Off With An Almighty Bang 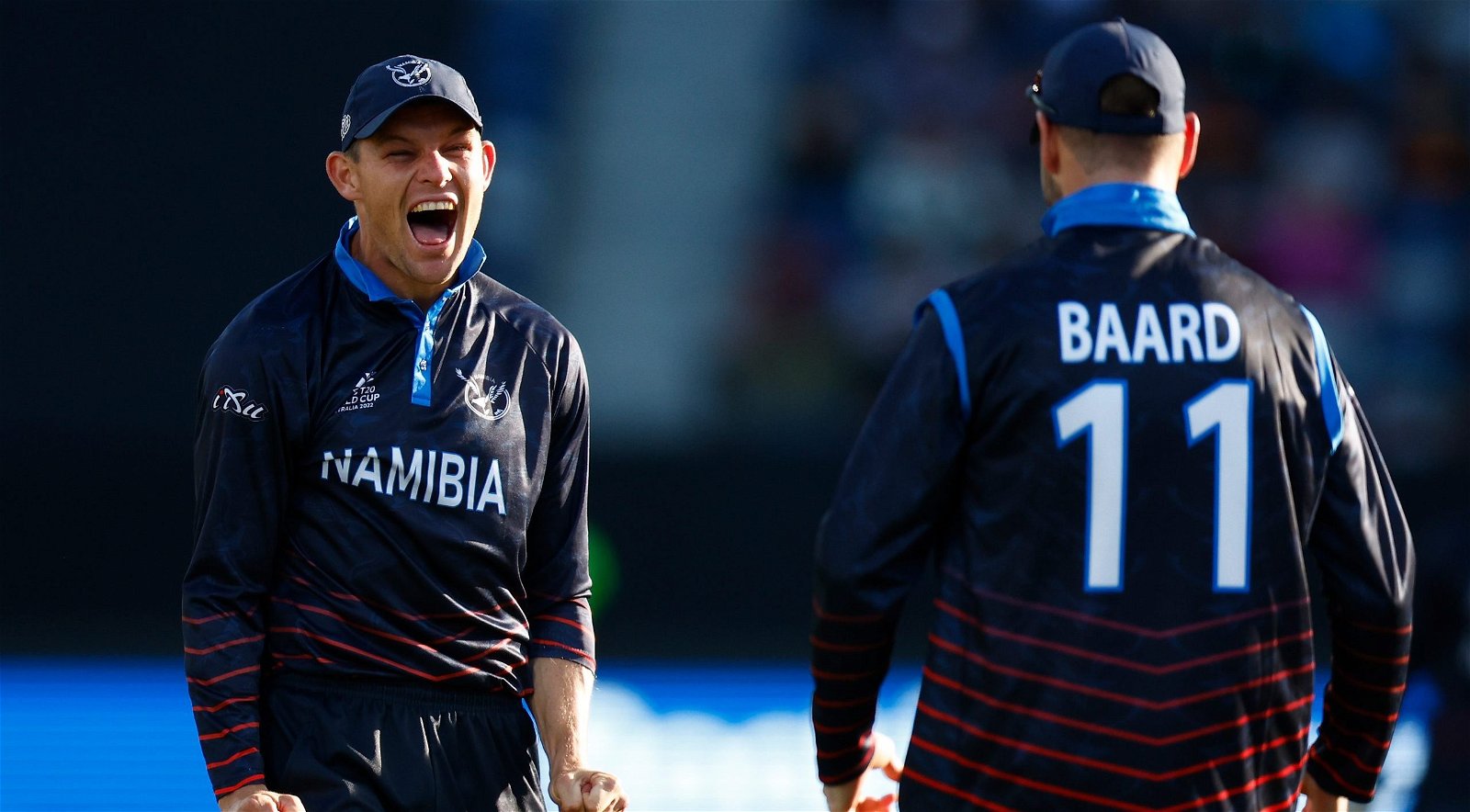 Anything can happen in a world tournament.

It’s been proved time and time again in every sport across every format that while a team’s form and the quality of their players are good indicators of who will lift a trophy or at least come close, sometimes the biggest challenge can be a so-called ‘banana-skin’ opposition.

Take the first day of matches in this year’s T20 World Cup. In the absence of much fanfare, a proper build-up or even widespread acknowledgement that the tournament had started, Sri Lanka slipped up spectacularly against Namibia and Netherlands just managed to hold onto their composure against the UAE. The first result went completely the narrative: Sri Lanka are resurgent under Chris Silverwood, Asia Cup champions, sure shots to make the Super 12s and an outside bet to go further. UAE looked out of it when Netherlands kept them to just 111-8. Neither game abided by the forgone conclusions.

Namibia didn’t just beat Sri Lanka; they completely overpowered them. While at first the storyline played out as expected with Namibia having less than 100 runs on the board with five overs left in their innings, Jan Frylinck and JJ Smit then blasted 70 off the last 34 balls to take their side to a competitive score. In the run chase, only three Sri Lanka players managed to get into double figures, with the middle order collapsing even faster than the top order after Bhanuka Rajapaksa and Dasun Shanaka’s brief attempt at a recovery. Namibia won by 55 runs, bowling Sri Lanka out for 108.

It was only last month that Sri Lanka were crowned Asia Cup winners after beating Pakistan in the final of the tournament comfortably. They also ticked off a win against India in that tournament, meaning they came out on top against two sides earmarked as among the favourites at this World Cup. This is not to overstate Sri Lanka’s potential for success in Australia; they are in the first round for a reason, having been outside of the top eight teams in the world this time last year. But winning the Asia Cup shows the chasm in the quality of their build-up and illustrates how incredible what Namibia have achieved is.

While the Sri Lanka bowlers were challenging themselves against Suryakumar Yadav and Babar Azam, Namibia were playing ODIs against the United States. They have yet to play an international against a Full Member nation excluding Zimbabwe outside of a World Cup or its qualifiers. What they managed to achieve against Sri Lanka is staggering, and – more importantly – brilliantly entertaining.

It means Sri Lanka are no longer comfortably guaranteed a spot in the Super 12s. With rain forecast for their fixture against the Netherlands, they face an uphill struggle to ensure their net run rate is healthy enough to finish in the top two of Group A.

The result is also exactly what the group stages of a major tournament needs. Without jeopardy, they will conform to the conclusions set out for them in their structuring. Now there is jeopardy, something to make those only half-following sit up and take notice.

Namibia have also exposed the argument that this first round-into-Super 12s-into-knockouts format is needed to avoid mismatches. Instead, the only conclusion to draw is that this structure, with associate nations having to jump through many hoops just to get a chance at featuring in the main event, is because of the ICC worrying that they a smaller side may unstick a bigger one.

The other match on the first day of competition also showcased how level the playing field is. The Netherlands just clawed their way up past their target against the UAE off the penultimate ball of the match and with only three wickets remaining. The target was below par, but Netherlands couldn’t get to grips with the tricky pitch conditions and the UAE were able to capitalise. From the eighth over onwards, Netherlands couldn’t manage even a single boundary. The pressure ratcheted up. While it wasn’t to be in the end for the UAE, it provided high drama, everything World Cup cricket should be.

But the effort and entertainment the players are delivering on the field is in spite of the conditions they have been dealt. All of the group stage matches are being played in Hobart and Kardinia Park (points if you know where that is), far cries from the MCG and the Gabba. They are playing tucked away from the limelight with the attitude that this phase of the tournament is just a means to an end. A necessary inconvenience before the glitz and glamour of the real show.

Indeed, the Gabba will be in use tomorrow, but it is staging some of final warm-up matches the already-qualified teams will play this week, another mask the ICC can put over the side of the tournament it would rather not show. India, Pakistan, Australia and England are all in action alongside the second day of T20 World Cup action, but playing tune-ups that don’t even have T20I status. Eyes will be drawn away, story arcs undermined, performances diminished.

Sport loves a David and Goliath tale. One only needs to say ‘Kevin O’Brien’ and ‘Bangalore’ to summon images of a dumbstruck Andrew Straus after England’s monumental defeat to Ireland in the ODI World Cup. Or in the very first T20 World Cup where Zimbabwe just managed to upset the all-conquering Australians. Even in last year’s competition, Scotland managing to qualify for the Super 12s for the first time, beating Bangladesh along the way, was one of the lasting images of the World Cup.

The matches on the first day of play show that the group stage deserves its own space in the competition, not to be crowded out and palmed off out of the way of the main show. It is capable of delivering plot twists, upsets and fulfilling its own narratives. It is World Cup cricket, and that deserves to be celebrated, not shunned.

Quiz! Bowler And Batter For First Ball Of Every Edition Of Men’s T20 World Cup