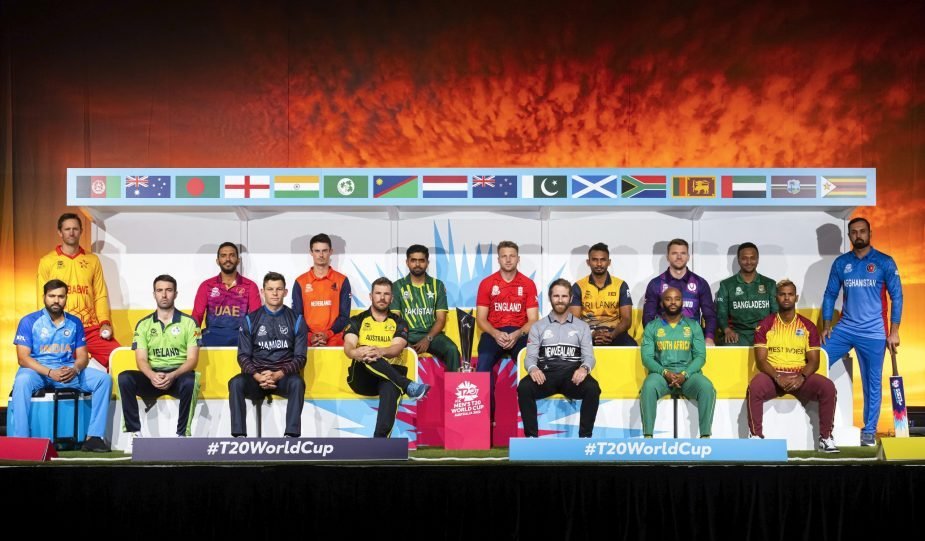 The 2022 T20 World Cup has kicked off – here is a list of all the captains who are leading their respective teams this month.

Of the 16 captains on show at this World Cup, a vast array of different experiences are on show. On the one hand, you have Australia’s Aaron Finch, who has led his nation in more T20Is than any other player in history. And on the other, you have CP Rizwan of the UAE, who was only given the role in August this year having played just seven T20Is in total.

Below are details for each of the 16 captains on show at this World Cup.

A legend of Afghanistan cricket, Nabi played his 100th T20I this year. The 37-year-old has had a number of stints as captain and has led his country previously at the 2015 ODI World Cup and the 2021 T20 World Cup.

Finch’s spot was arguably under pressure heading into this World Cup, but there is no questioning how popular he is within the squad. He led them to World Cup glory last year and will be hoping to do the same once more on home soil, and has captained more T20Is (73) than any other player.

Shakib is in his third spell as captain. First leading the side between 2009 and 2011, before a second stint followed from 2017 to 19. The second tenure ended after Shakib was banned for two years for failing to report approaches from a bookmaker. He once again took on the role in August of this year.

England’s star player in the format, Buttler is arguably the best white-ball batter in the world and has led by example since taking over from Eoin Morgan full-time earlier this year. In 2022, he is averaging 29.62 with the bat with an astonishing strike-rate of 179.54.

Having deputised regularly under Virat Kohli, Rohit took on the captaincy of all three formats this year. Since 2017, Sharma has led India in 45 T20Is, winning 35, including a record 14-match winning streak that ended this July. No one has played more T20Is than his 142.

Balbirnie first captained Ireland in T20Is in 2020, and the team have since won 15 of the 42 matches under his lead. Now 31, he is a veteran of Irish cricket and has represented his country on over 170 occasions.

Erasmus has been an inspirational leader for Namibia, taking over in 2019 and leading them to their most successful World Cup campaign last year in the UAE where they reached the Super 12s.

Born in Tonga, raised in Australia and captain of the Netherlands, Scott Edwards’ route to international cricket has been somewhat unconventional. This month he will be leading his adopted nation in the one where he grew up.

Williamson first captained New Zealand in 2012, but took over the role full-time from Brendon McCullum in 2016. In total, he has led the Black Caps in 63 T20Is, winning 32 of them.

Taking over as captain in 2019, Babar Azam has been a talismanic leader both on and off the field. During his tenure, Pakistan have won two-thirds of the 63 games they have played, and Babar has averaged 40.43 with a strike-rate of 131.77.

South Africa-born Berrington was named Scottish captain this June when he replaced Kyle Coetzer. Now 35, he holds the record for playing the most consecutive T20Is for a team, having played 72 (and counting) matches in a row for Scotland.

In 20 games as captain, South Africa have won 13 under Temba Bavuma’s leadership. The diminutive batter took over the role in 2021.

Played 35, won 17, lost 17, tied one. Sri Lanka’s record under Dasun Shanaka is as level as it could get since he first captained in 2019. Earlier this year, he led his side to Asia Cup glory as they beat Pakistan in the final.

Appointed in just August of this year, Rizwan replaced the legendary Ahmed Raza as T20I captain. Upon taking the role, he had played just seven T20Is. UAE have won just one of these.

A modern-day T20 superstar, 27-year-old wicketkeeper Pooran took over the role last year. In total, he has led the West Indies in 20 matches, winning seven and losing 12.

Ervine, 37, took on the T20I captaincy last year having first played in the format for Zimbabwe in 2010. Under his leadership they have reached their first World Cup since 2016.